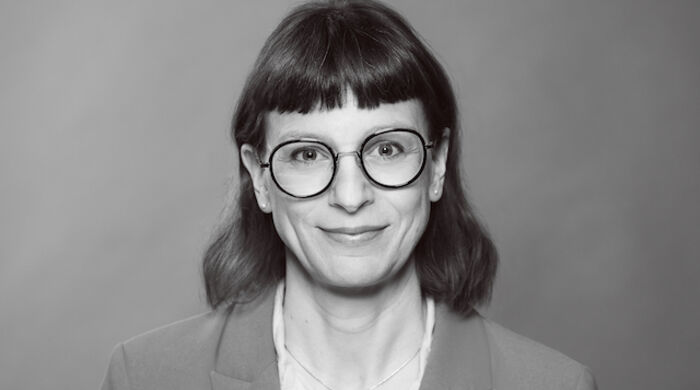 Dr. Christine Reeh-Peters is a German filmmaker and philosopher living between Berlin, Karlsruhe and Lisbon. She is Junior Professor for Theory and Practice of Artistic Research in Digital Media at Filmuniversity Babelsberg KONRAD WOLF in Potsdam. She is  part of the executive board of the IKF - Institute for Artistic Research at Filmuniversity Babelsberg.

Christine Reeh-Peters studied art theory and media art at the Staatliche Hochschule für Gestaltung Karlsruhe from 1995 and 1996. This was followed by studies in montage and directing at the Lisbon University of Film and Theatre (ESTC) and, in 2007, a master's degree in philosophy of art and aesthetics at the Faculty of Letters of the University of Lisbon, which was supported by a grant from the Fundaçao para a Ciencia e a Tecnologia.

Equally supported was her PhD dissertation, which was written there in cooperation with the University of Bonn. Reeh-Peters is influenced in her philosophical thinking by the currents of speculative materialism, among others. Her dissertation "The solaristic system" outlines an ontology of film based on Martin Heidegger and the film "Solaris" by Andrei Tarkovskij. The defense of the thesis, which was evaluated „with distinction and honours", took place in 2017.

Reeh-Peters is editor of several anthologies and one monograph on film-philosophy. She is producer and filmmaker at C.R.I.M. in Lisbon, a film production company known for artistically valuable films, which she founded together with Isabel Machado in 2004. Reeh-Peters is the author/director of 10 documentaries and producer of about 20 films also in feature film and TV series formats. As a filmmaker, she explores the complexity of narrative, place and image, as well as the links between philosophy and artistic research.