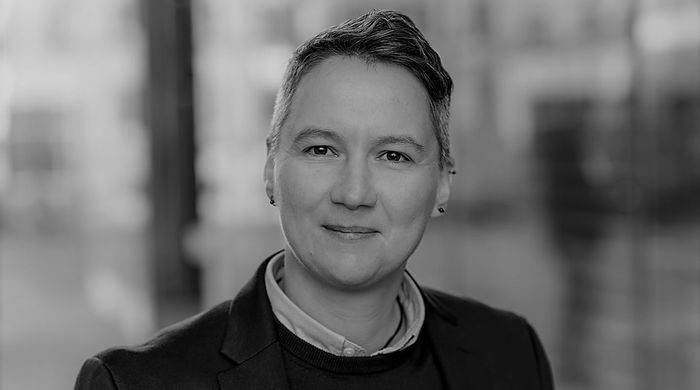 Skadi Loist studied American Literature and Culture and Media Studies with some Art History and Gender/Queer Studies at the University of Hamburg and Smith College in Northampton/MA, USA. After working on a PhD project for two years with a scholarship from the DFG Graduate School in Frankfurt/Main, Skadi returned to the Institute for Media and Communication at the University of Hamburg as Lecturer and earned a PhD with a thesis on queer film festivals and film culture in 2015.  Between 2014 and 2017 Skadi was a lecturer at the Institute for Media Research at the University of Rostock and is Principle Investigator for the research project “Film Circulation on the International Film Festival Network and the Impact on Global Film Culture” funded by the German Federal Ministry for Education and Research (BMBF, 2017-2021).

Since February 2018, Skadi has been working as professor at the interdisciplinary post for Production Cultures in Audiovisual Media Industries, first as Visiting Professor, since October 2020 as Assistant Professor (Juniorprofessor). Starting April 2021 Skadi is lead PI for „GEP Analysis: Assessing, Understanding, and Modeling the Impact of Gender Equity Policies (GEP) in the Film Industry“ (DFG/ESRC/SSHRC, 2021-2024).

Furthermore, Skadi is founder of the Film Festival Research Network (FFRN); chair of the Media Industries workgroup at the Gesellschaft für Medienwissenschaft (GfM); Steering Committee member of the European Network for Cinema and Media Studies (NECS) and Editorial Board member of NECSUS: European Journal of Media Studies.

Key Subjects in Teaching and Research